Join as Volunteer
Home>Events>Inspired by Islamic Art: The Dome and Stars 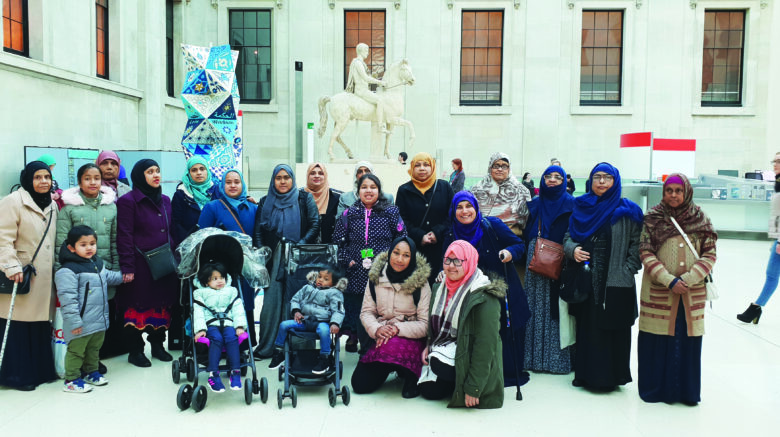 The Dome and Stars installation celebrated the opening of the new permanent Albukhary Foundation Gallery of the Islamic World at The British Museum which opened to the public on 18 October 2018. Our participants became involved in this project, exploring the dynamic patterns associated with Islamic cultures from around the world, including flowing Iznik designs from Turkey and the geometric tiles of Spain’s Alhambra. The groups researched and developed pattern-making techniques, using textiles, collage and printing. Individual artists created their own 2D interpretations which were incorporated into the 3D structures of the dome and stars.